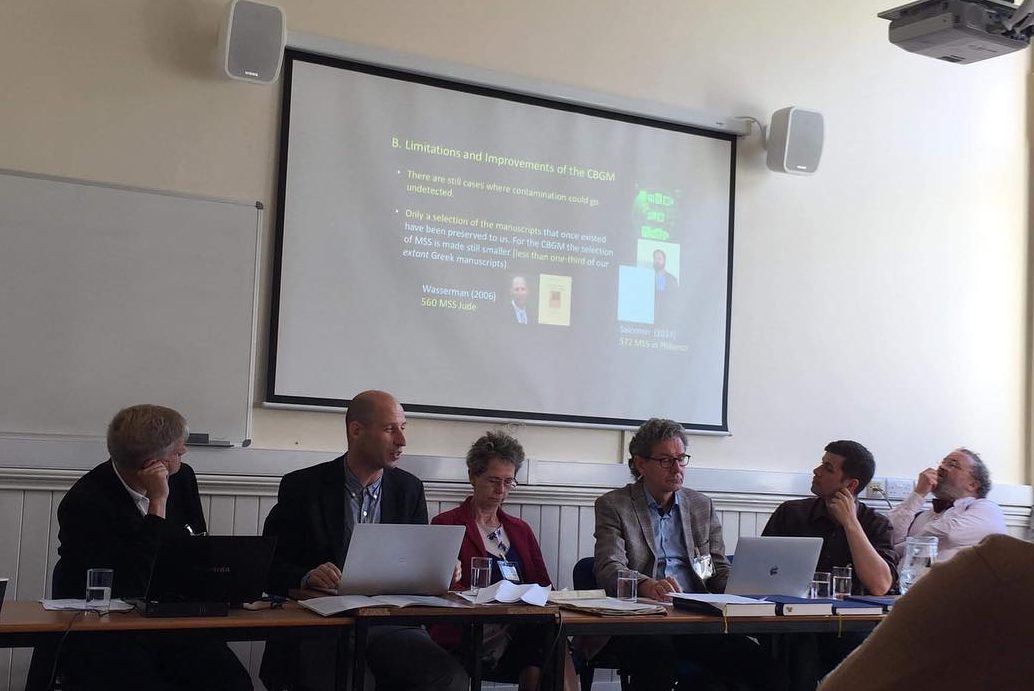 Here are the slides from my brief talk in the Book of Acts seminar session on the new Editio Critica Maior (major critical edition) of Acts at the British New Testament Conference last week. The whole session was fascinating with talks by four major textual critics including (from left to right) Dirk Jongkind (an editor of the Tyndale House Greek NT project), Tommy Wasserman, Jenny Read-Heimerdinger (one of the authors of The Message of Acts in Codex Bezae, 4 vols), Klaus Wachtel (one of the editors of the project), plus Sean Adams and me.