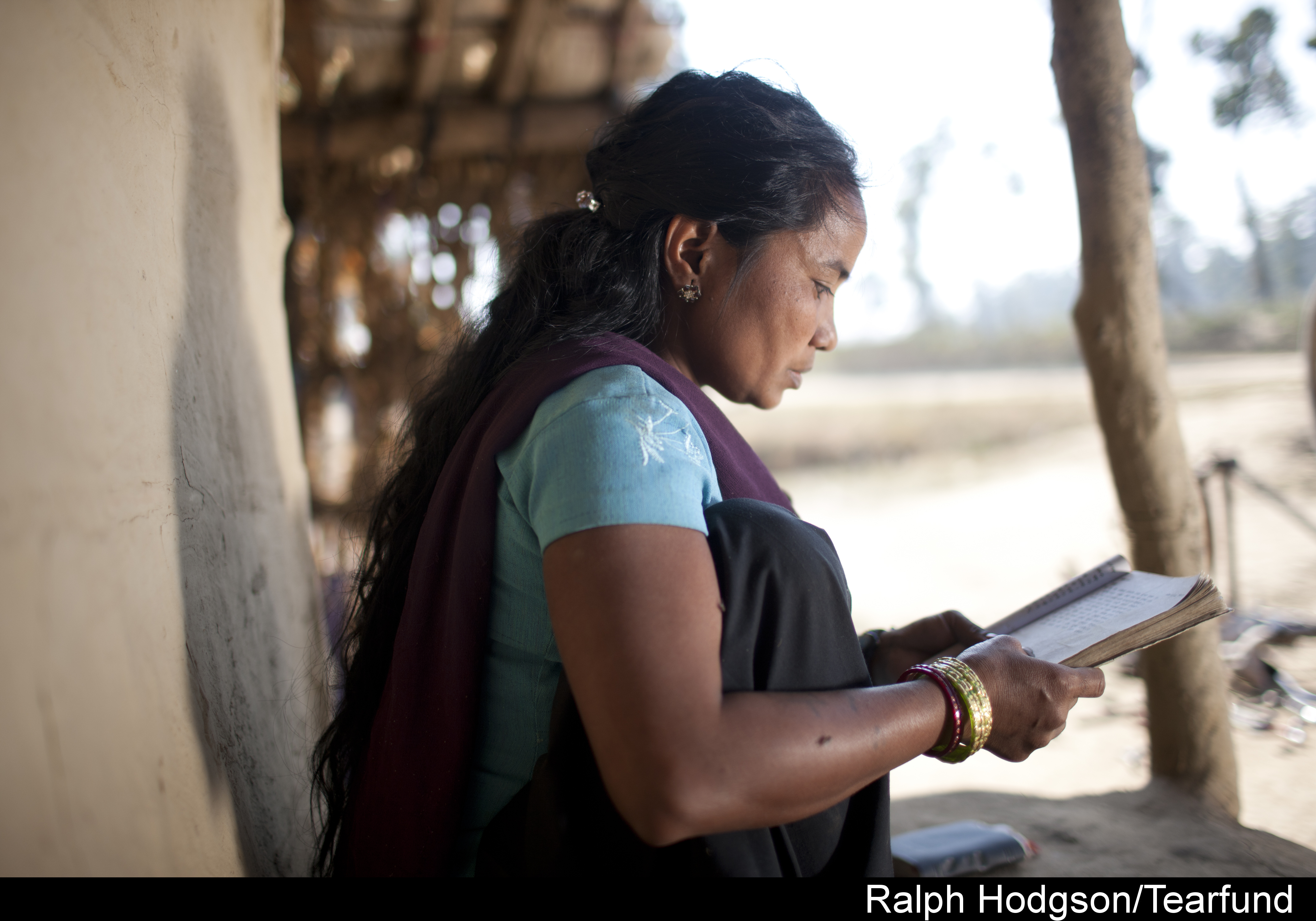 Well, two excellent days of conference are over and we’ve heard some 15 papers and two short reflections on the whole conference, as well as engaging in eight half-hour question and discussion times. It’s been very stimulating with fine talks, passion and a sense of the importance of the issues we’ve discussed. And all this grew out of a conversation over coffee after the morning service one Sunday between Chris Keith and David Parish—on this evidence, let’s have more of those kinds of conversations, please!

The conference was set up to be a conversation between engagement with poverty in the days of the early church and today. Each session had a pair of speakers who brought expertise in the ancient, biblical world, and in the modern world to bear on their common theme. This proved to be an interesting and worthwhile conversation to promote.

After helpful prayers led by Fr Rod Strange, Lynn Cohick (Wheaton College) and Katie Harrison (Tearfund) started us off with two careful and thoughtful analyses of the major causes of poverty in the time of the earliest Christians and today (respectively). Both painted a painful and realistic picture which set the scene well for the other talks to follow.

Bruce Longenecker (Baylor University) and John Coleby (Caritas Westminster) addressed benefaction—what it is and what it looks like. Bruce developed thinking we’ve already seen in his fine book Remember the Poor, and included some Christian writings from later than the New Testament period this time. John brought the perspective of a social activist from his work with Caritas, and illustrated key issues with stories and examples. Both were arguing that Christian benefaction can be a valuable and important feature of discipleship.

I was paired with Helen Hekel (Tearfund) to look at patronage then and now. A key common theme which emerged was the partnership of equals which is the Christian way to provide for others in need. Paul undermines the patronage system of his day by placing himself and the Philippians on equal ground, rather than them being (in effect) his patron because of their gift of money to support his mission and ministry. Helen drew on her experience as an aid worker in places like Darfur, and movingly portrayed the difficult realities of such work and the importance of good ways of doing patronage in order really to help.

John Barclay (University of Durham) and Virginia Luckett (Tearfund) then gave us a fascinating session on raising funds in one place to give to another. John gave a scintillating talk which explored the nature of gift-giving in the ancient world (drawing on his recent book, Paul and the Gift), and applied this line of thinking to Paul’s exercise of his persuasive powers in 2 Corinthians 8–9 to encourage the Corinthians to give to his collection for the Jerusalem church. Virginia portrayed the work of raising money for Tearfund and told us some moving success stories arising from their ministry, and which exemplified nicely principles from 2 Corinthians 8–9.

The day started with a stunning pair of papers by Myrto Theocharous (Greek Bible College, Athens, Greece) and Ellie Hughes (Riverbank Trust) on poverty and dehumanisation. Myrto’s talk focused on Ezekiel 28, one of the four key passages on the King of Tyre, an enemy of God and his people. She drew out beautifully the way that the King of Tyre was being portrayed using colours from the portrait of Adam and his fall in the book of Genesis, and argued cogently that his abusive exercise of economic power had the effect of dehumanising himself. Ellie then went on to look at the effects of poverty in dehumanisation people who are poor, illustrating her points both positively and negatively with stories from the Riverbank Trust’s work with vulnerable single mothers and their families. Ellie made excellent connections between theology and her practice, such as:

Not only do we bear the image of a divine God, which means as human beings we are, just as a creation, of infinite worth and value, but we do not and are not meant to exist in a vacuum from one another. This means that the message for those living through the impact of poverty, is that no matter what the world says you have or don’t have to offer, no matter your perceived failure, no matter how long it takes or what the journey looks like, you are loved.

Fiona Gregson (a priest in the Diocese of Birmingham), one of my recent PhD graduates, and Hannah Swithinbank (Tearfund) then got us to think about the categories of the deserving/undeserving poor, which have become prominent in recent British political discourse. Fiona drew on her PhD work on the sharing of possessions in community in the New Testament to show that the central focus of the early church’s sharing was on need, not on how much the person deserved help. She provided careful study of the teaching of Jesus, and the practice of Jesus and the early believers, before looking at the letters in more detail (2 Corinthians 8–9; 1 and 2 Thessalonians), plus Acts 11:27-30 (the famine gift from Antioch to Jerusalem). Look out for Fiona’s published revision of her thesis next year! Hannah’s presentation was a thorough and careful analysis of the use of the category of the ‘undeserving poor’ in recent British discussion of welfare. She traced the origins of the category in Victorian workhouse thinking and practice, and noted several key tropes used as key in the debates: freedom, fairness, choice. She went on to notice that there is a rhetoric criticising people who ‘choose’ depending on welfare as a lifestyle. This rhetoric runs across the political spectrum, and appears not to recognise that there are systemic and cultural factors at work as well as individual ‘choice’. In closing she sketched resources from the Bible to help think about living and acting in the complications of a fallen world with systemic problems, and yet a world where people’s decisions and actions matter.

Our penultimate session featured a fascinating pair of presentations on how far poverty is the responsibility of church or state. Christopher Hays, a lecturer in a seminary in Colombia with a published PhD on Luke’s wealth ethics, considered the role of ancient civil society in providing for those in poverty through benefaction and patronage, and the lack of provision by ‘the state’. He showed that the early churches’ actions in providing for people in poverty eventually had an impact in shaming the state to begin to provide. He also turned our thinking on its head by noting that one of the features of the early churches’ actions was to treat people in poverty as real moral agents, rather than as simply recipients of charity. Stephen Timms, MP (and formerly Labour’s shadow Secretary for Work and Pensions) spoke both encouraging and powerfully of the difference that Christian involvement has made and continues to make in British society, including in Parliament. The Trussell Trust’s work with food backs was one of his parade examples of this, with the vast majority being based in churches or organised by church people—and he expressed surprise and disappointment that the coalition government and the present government until recently steadfastly refused to speak with the Trussell Trust because of the Trust’s publication of figures showing the vast work which food banks do—figures which were and are embarrassing for the government. As a Christian, he rooted his thinking in Jesus’ command to love neighbour. He suggested that we know how to eradicate poverty: the question is whether our society has the will to do that.

Francis Campbell, Vice-Chancellor of St Mary’s University, Twickenham, gave a fine presentation on ‘The poor will always be among you: poverty, education, and the Catholic ideal’, illustrating his points from the history and present work of St Mary’s University. He rooted his talk in Jesus’ saying that ‘the poor you will always have with you’, and spoke movingly of the need to take the second half of this saying seriously—‘but you will not always have me’—which implies putting God first in our lives, and then loving others in the light of that first priority. He tracked the history of St Mary’s, founded to train teachers for poor areas, and still aiming today to root students’ lives in values and aims drawn from the Catholic foundation of the university, whether or not they share a Christian faith.

Following Francis Campbell’s talk, Craig Blomberg (Denver Seminary) and Francis Davis (St Mary’s University, Twickenham and University of Birmingham) gave responses to the whole conference as our designated ‘listeners’. Craig provided us with masterly summaries of key points from the sessions, and Francis reflected thoughtfully on key factors in modern society which need addressing in order to alleviate and do away with poverty.

Overall, this was a fascinating and worthwhile conference. I’m hoping in the new year to make some of the talks available in video on the St Mary’s web site—watch this space for more information!

I shall also be working on the book arising from it over the coming months in collaboration with Hannah Swithinbank (Tearfund) and Stephen Bullivant (St Mary’s University, Twickenham)—we are looking forward to making this valuable material much more widely available.