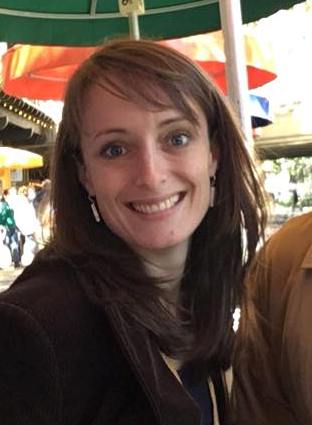 Here’s the second piece on how someone grew spiritually through doing a PhD, this time by Suse McBay, who is awaiting a viva shortly (if you’re a person who prays, say one for her, please). Interestingly, she and Gabby Thomas (who wrote the previous piece) were at St John’s College, Nottingham training for ordination at the same time. Suse is now associate rector for adult education at St Martin’s Church, Houston, Texas. My warm thanks to her for being willing to share this with you all.

If you would be interested in sharing your experience of growing spiritually through doing a PhD (not necessarily in theology or biblical studies), drop me an email.

Pursuing a doctorate is not something I ever thought would end up doing. It wasn’t even in the realm of possibility. My parents didn’t even go to university and only one of my three siblings made it through that. However, by the time I started training for ordination (being one of those peculiar creatures that tries to straddle both academia and church ministry), I’d begun to get the idea maybe it was something I’d be interested in.

By the time I got round to the idea of a PhD in biblical studies, I’d already felt something of God’s hand in the whole endeavour. I’d started out thinking about a doctrine PhD, yet something had really not felt quite right, so I’d put an end to the idea and pursued practical, ministerial experiences instead (I stood for common room president, to be specific). That fell through (i.e. I lost the vote!) and the next day my Greek tutor pressed me, suggesting I should think about biblical studies. Initially I resisted, yet my Hebrew tutor said the same, and so I spent several days articulating the reasons why I shouldn’t do it. Reasons which centred around being female (how many female biblical scholars did I actually know?), not from an especially academic family and various other identity-related objections. However, my objections were short-lived. God, through the timely word from an unknowing friend, reminded me that whatever I might say about doing a PhD, maybe that’s exactly what he wanted me to do. And maybe I would find that I could actually do it, nay maybe even enjoy it!

That’s a useful background to start with, because it sets the scene for the crushing insecurities I felt heading into my research—I did not think I was qualified (despite a BA from Oxford that said differently). It was also something of a light bulb moment for me—I’d long loved biblical studies (and my habit of staying up late reading Bible dictionaries, I’ve since discovered, is not normal). It was an unknown passion that was there all along, that was identified by others even when I was blind to it. God was right there in my application process and pressed me in a direction where I was to face my gremlins yet also discover that I could spend my day job doing that the thing I really loved.

‘Gremlins’ is a helpful way of putting it for me. The first two years of my doctoral work were tremendously hard psychologically. People often talk about academia as an ‘ivory tower’ but, for me, nothing could be further from the truth. I can easily crowd myself with people or a full calendar so that I end up hiding from myself, but in academic work—especially theological work—I found myself confronted by the quiet solitude of a library. That solitude brought me face to face with my own anxieties and insecurities. I could scarcely look at someone else’s work without the sense that ‘I should have done it like they did it,’ no matter how different their thesis topic was from mine!

The husband of a couple who lived nearby offered me great advice. Chris suggested that I think of those anxious thoughts as gremlins. Listen to them, acknowledge their presence and then (he suggested) thank them for their contribution but tell them they have to be quiet now and put them to bed. It sounded a weird idea to me but it worked for the most part. I developed the idea and would draw little gremlins on post-it notes and stick them around my screen. It didn’t look encouraging to an onlooker, but it was so helpful to be able to ‘park’ the fears in a place other than my head!

However, that’s just part of it. I also had to lean in and allow God to do some work in me too. For the sake of my research, not just for my health, I needed to deal with those insecurities. I had a counsellor and spiritual mentors who helped me through the personal issues so I could keep going. It’s hard to be present when reading others’ ideas and arguments, let alone find your way through a 100,000 word thesis, when your head is clouded with noise and angst and you fear using your voice.

Aside from inner work, there was much about doing a PhD that was formative externally. Living in a community of scholars (whether literally or periodically at conferences) was so thought-provoking and challenging. Sitting down with my supervisor and hearing his feedback and encouragements both overcame fears (I do have something to say after all) and shaped my thinking. Learning the long hard process of having an idea, researching it, letting it go if the evidence is not there and assembling the argument if it is there, requires humility and commitment. There are no short cuts! Engaging closely, listening carefully to those who disagree with us and really paying attention to the substance of arguments has shaped me. It’s made me listen more carefully, examine what people are actually saying and not just what I think they’re saying. As much as a PhD is an isolated work, it is one done with others in community and needs to be based in reality not assumptions.

Then there’s the spiritual impact that comes with being accepted by others in the academic world (and I say this on the wrong side of my viva!). Presenting papers, new ideas and even just chewing the academic cud with a friend or two, was an eye-opener. Humility is neither over-estimating nor under-estimating one’s abilities—and I have done both on numerous occasions. Yet through these opportunities to share an idea, argue for a point of view and even challenge status quo interpretations, has been a learning curve in humility. I do have something to say, it turns out, yet that something may need fine tuning and/or it may be a great idea but lack evidence and so need discarding. Having people listen to your research and offer feedback is a gift and is humbling. Even if the result is that I have to pursue a different avenue of thinking, the discourse together is enriching and enlivening.

I could go on, but I won’t. I have learned so much from doing a PhD. These things include: