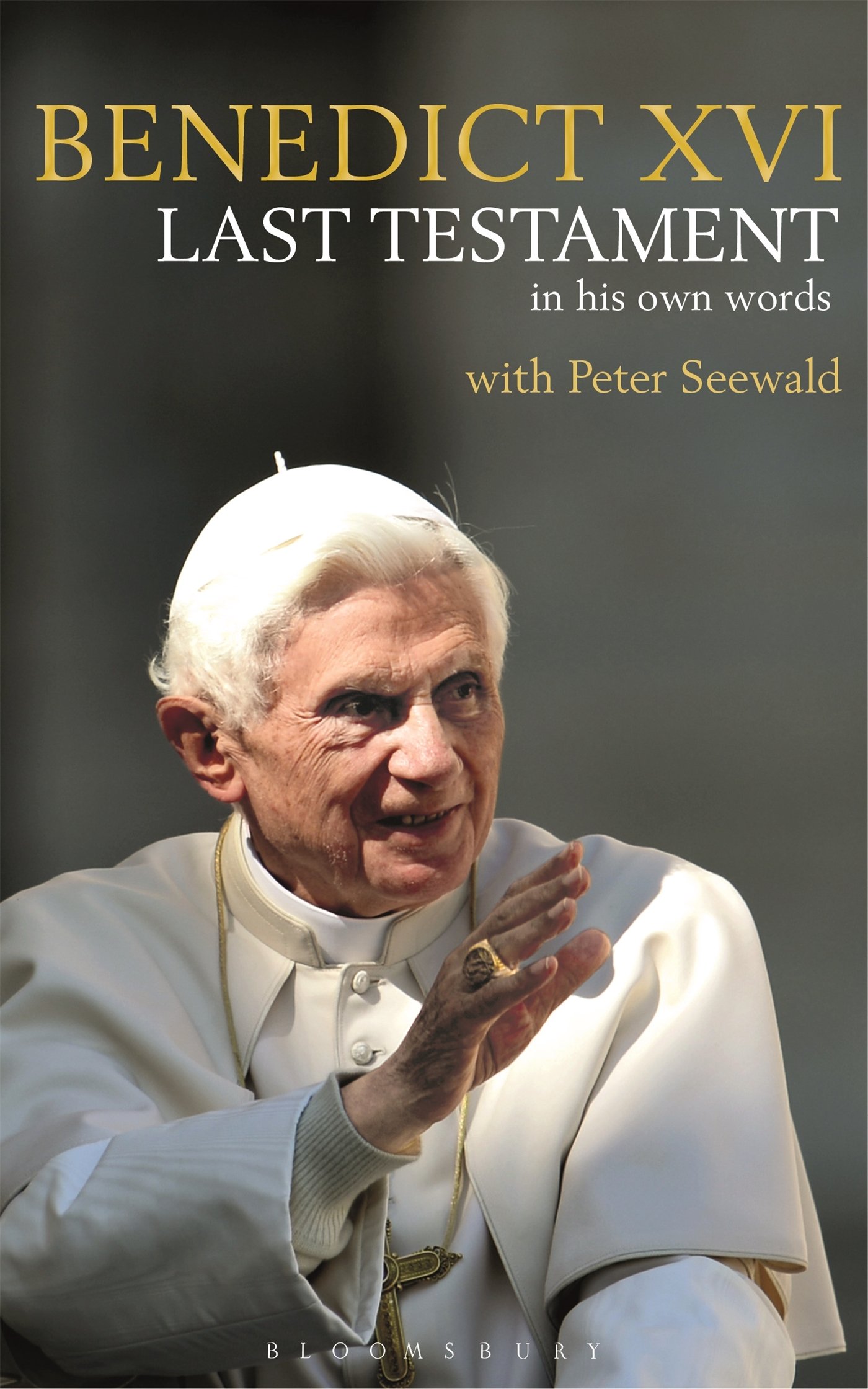 We had a splendid day conference at St Mary’s University on Tuesday on the theological legacy of Pope Benedict XVI, co-sponsored by our Benedict XVI Centre for Religion and Society and our Centre for the Social-Scientific Study of the Bible. There were four interesting and stimulating talks, plus the launch of a new book of interviews with the Pope Emeritus translated by my excellent colleague Dr Jacob Phillips.

Prof Richard Burridge (Dean of King’s College London, where he is also Professor of Biblical Interpretation) started us off with a fascinating talk which began by looking at Joseph Ratzinger’s  earlier years, especially as a student of Theology in Germany during the heyday of form criticism. Ratzinger clearly experienced this atmosphere as deeply undermining of his Christian faith, and much of his later work was responding to it, especially his trilogy on Jesus. Prof Burridge sketched the key contributions Ratzinger made to Catholic thinking on Scripture through the Vatican II document Verbum Dei (1965), the commentary on that document (substantially Ratzinger’s work), and Verbum Dominum (2010), a document authored while Pope on Scripture. These documents stress reading Scripture with proper attention to genera litteraria ‘the genre of literature’ which each part is. Prof Burridge received the Ratzinger Prize, a theological equivalent of a Nobel Prize, in 2013 for his work on the Gospels, and he went on to outline the key themes in his own work which chime in with Ratzinger’s concerns, particularly the nature of the Gospels as ancient biographies which thus puts Christology at the heart of interpreting the Gospels. Prof Burridge’s very accessible Four Gospels, One Jesus? looks at the portraits of Jesus in the four Gospels and the way in which one Jesus stands behind them.

Dr Jacob Phillips (St Mary’s University) gave a fascinating talk on Ratzinger in relation to Martin Luther with the intriguing title ‘My Enemy’s Enemy is my Friend: Joseph Ratzinger and Martin Luther on the Conscience’. After exploring how each understand the role of conscience in the Christian life, and particularly in discernment of God’s will and truth, Dr Phillips argued that they are both not as far from each other as might be supposed, and yet there are distinct differences. Luther believes that the conscience is shot through with the fallenness of humanity and thus unreliable, whereas Benedict regards conscience as a ‘memory of the divine’ which can provide accurate insight into the truth about God and humanity. Dr Phillips is the translator of Benedict’s Last Testament, published on Tuesday, and thus has particular insights from engaging with the German original interviews which produced that book.

Dr Christopher Altieri (Vatican Radio and the Collegium Augustinianum) addressed the political thought of Benedict XVI and argued that Benedict’s thought from early days should be seen as highly political, although not (my phrase, not his) party political. In other words, Benedict is deeply concerned with the implications of Christian—specifically, Catholic—faith for life in cities, life in communities, today. This was a densely-argued paper full of detail and interest.

Dr Mary McCaughey (Priory Institute Dominican Centre for Theological Studies, Dublin) had done her doctoral work on Ratzinger’s theological method and treated us to an engaging and interesting study of how Benedict approaches doing theology. It was striking to hear echoes of Prof Burridge’s concerns about Scripture in this talk, as Dr McCaughey highlighted the place of Scripture in Benedict’s theological method alongside (interestingly, to this protestant) a strong Marian devotion.

I came away from these four talks having learned a great deal about Benedict’s thinking and contribution. It’s very interesting that he’s often seen as conservative, even reactionary, whereas his work on Scripture and other themes has been seen (rightly) as pushing the envelope of Catholic theology and thought.

The day closed with the launch party for Benedict’s Last Testament, and it was a great delight to have Prof John Charmley (St Mary’s University’s Pro-Vice Chancellor for Academic Strategy) introduce and commend the book, followed the Dr Jacob Phillips speaking as the book’s translator, sketching the overall shape of the book along with some fascinating insights into particular points in the book. You can see video of the talks from the book launch here. I’m looking forward to reading it as a result of this evening.

Bravo to Dr Jason Phillips, who did much of the legwork, for organising an excellent and very stimulating day!