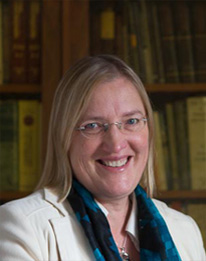 I am pleased to host a response by Dr Vicky Balabanski to a blog piece by Richard Fellows critiquing her recent important article ‘Where is Philemon? The Case for a Logical Fallacy in the Correlation of the Data in Philemon and Colossians 1.1-2; 4.7-18’, JSNT 38 (2015), 131-50 (you’ll need access to JSNT online to see the full pdf here).

Based on the internal evidence of the letters to Philemon and to the Colossians (Col. 1.1-2; 4.7-18), this article contends that there have been logical errors in how we have correlated the data between the two letters. Arguing that the two letters were not written to be sent simultaneously, this article demonstrates that syllogistic fallacies have shaped scholarly assumptions, leading to the view that the overlapping data necessarily indicate that Philemon, Apphia and the church in Philemon’s house were located in Colossae. Once the logical fallacies in correlating the data are recognized, the apparent problem of the lack of greeting to Philemon in Colossians is in fact no problem at all: Philemon and his house-church were located in Italy, possibly in Rome itself.

And here’s her response to Richard Fellows:

It is always interesting to see one’s own words refracted through someone else’s eyes. In the case of Richard Fellows’ summary, I find it difficult to recognise much of my argument.

I suspect that is because Fellows has lifted out certain aspects of the article and linked them together without giving the overall sense that my case is about how we logically correlate the data between two separate letters—Philemon and Colossians. Fellows makes it sound like my premise was that Philemon was not a resident of Colossae, and that I am searching for evidence to bolster this premise.

Actually what I am doing in the article is calling us to look more carefully at the people and circumstances in Paul’s letters to Philemon and to the Colossians. What I think Fellows does not give due weight to is that scholars, evangelical ones too, struggle to find a plausible scenario for the writing and context of Colossians. That’s why we have the Ephesian and Caesarean hypotheses as possible contexts for the writing of Colossians, as well as Rome. Each hypothesis has had to downplay an aspect of the data we find in Colossians 4 and Philemon—up until now.

When we look carefully at these letters, we find that they were not sent simultaneously. The situation of Paul and his co-workers in each letter is similar, but not the same. If that is the case, then we need to take particular care not to assume that the circumstances behind both letters are identical. Most particularly, we can’t assume that the Letter to the Colossians is evidence that Philemon, Apphia and their house-church were located in Colossae. Fellows doesn’t  comment on this fundamental  aspect of the argument, so I don’t think Fellows has done justice to the case that I have made, particularly with regard to summarizing what the case is.

It is fascinating to ponder what Paul’s relationship with Philemon was like, where it began and what implications it had. My article doesn’t solve—or even really address—that question. But notice that even if Philemon were based in Colossae (which I don’t think is the most plausible hypothesis, once one has carefully considered all the evidence), he didn’t become Paul’s ‘dear friend and co-worker’ (Phlm 1:1) in Colossae (Col 2:1). They must have met elsewhere.

I disagree with Fellows when he states

We have no evidence that Philemon was a particularly prominent Christian leader, so his absence from Colossians is not surprising. It is true that Paul mentions “the assembly in your house” (Phlm 2), but that assembly probably consisted of just Philemon’s household… It is also true that Paul calls Philemon his “co-worker”, but this should not be taken literally, for it is just a piece of “idealised praise” designed to cajole him into behaving like a co-worker (see Phlm 17).

Why downplay Philemon’s significance? If Philemon lived in Colossae, and Paul wrote a letter to the Colossians, ignoring the patron of the house church and his dear friend and co-worker (Phlm 1:1) is just not Paul’s style, even if Philemon was away for a time.

Much of my article focusses on the logic we use. Here is an example where I think Fellows’ use of logic falls down:  ‘So, all 7 men who are associated with Philemon (Epaphras, Mark, Aristarchus, Demas, Luke, Archippus, and Onesimus) were also associated with Colossae in Colossians. We can therefore be confident that Philemon was in or near Colossae, if Colossians was written by Paul.’ No we can’t. We only can be confident that Epaphras was well known to the Colossians, and that Onesimus was also known to them, but in a way that they needed reminding of or being alerted to. All the others may not have known the Colossians personally, any more than Paul did. Paul’s co-workers were associated with Paul, not with the Colossians, except in the sense that they shared in the Gospel together—therefore they sent greetings too. Fellows gives too much weight to his conviction, based on Ignatius’ letters, that only people who knew each other personally sent greetings; you only have to look carefully at Colossians to see that this is not true in Paul’s case.

It’s not clear to me why Fellows stresses ‘remarkable coincidences’ so strongly in his four critical points as though I am downplaying these connections—my argument makes it more historically plausible than it has been before that both the letters to Philemon and to the Colossians are written in a single location, Rome, within a fairly short time frame, with Paul still alive, so that the figures named in both letters are not due to pseudepigraphy, but to slightly different historical circumstances (Philemon is earlier, Colossians later).

Fellows makes an important point about personal names—the name Apphia does seem to have a connection to Asia Minor. I accept that and think it is a point that needs to be included in this discussion. But again I am going to turn to logic: Fellow’s point is an inductive, not a deductive point.

A deduction would be “A is true therefore we can deduce that B is true”.

A: The name Apphia was used frequently in Asia Minor

B: Therefore this particular Apphia must be resident in Asia Minor/Colossae.

As you can see, you can’t build too much on that—Apphia may be (or may have been) in Asia Minor, but not all women called Apphia are located in Asia Minor. It’s not a proof, but an inductive argument, which gives us something important to consider. Apphia may have or may have had a connection with Asia Minor—as Onesimus has (and as Paul had, though not through visiting Colossae). Pauline scholarship is recognising that people were more mobile in the Roman Empire of the first century than we used to think. Apphia may now be in or near Rome; I think this accounts for the rest of the evidence best.  And remember—Paul did not meet and mentor Philemon in Colossae, whatever hypothesis about Philemon’s location you accept.

I am grateful to Richard Fellows for reading and commenting on the paper. I hope that others won’t dismiss reading my paper on the basis of his summary. What is at stake is the plausible context for Paul’s prison ministry and the way in which he genuinely shared the ministry with co-workers.