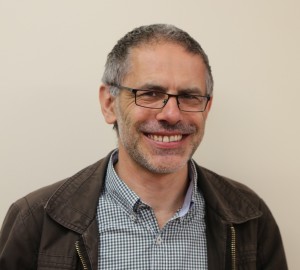 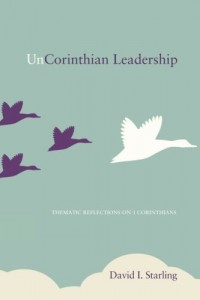 I enjoyed meeting David Starling when he was on research leave at Tyndale House, the research centre in Cambridge where I’m Honorary Research Fellow, a little while ago. During that time he was (among other things) working on this little book (slightly over 100 pages), and he was kind enough to ask his publisher to send me a copy for review. I’m glad he did: I have read it with appreciation and think he has valuable things to say.

Dr David Starling is Senior Lecturer in New Testament at Morling College, Sydney, and has already published scholarly work on Paul based on his PhD thesis. Here, he is addressing Christian leaders, ministers and pastors, and offering thoughtful and well-informed biblical exposition of leadership. His indebtedness in this work to scholarly studies is evident, in the scholars he cites and footnotes, and in his well-chosen and extensive bibliography—and he’s bang up to date with his wide reading and scholarly engagement. His aim, though, is not to engage in scholarly debate, but to engage in thoughtful theological reflection on Christian leadership with 1 Corinthians as his key dialogue partner. The book had its origins in talks for a ‘leadership summit’ of Christian leaders in Australia.

His approach is thematic, rather than passage-by-passage, and this approach works well. In a chapter—typically 12-15 pages—Dr Starling typically sketches a topic in relation to the ancient Corinthian and modern Christian worlds, and then draws out key themes and ideas from Paul’s discussions in 1 Corinthians, usually relating each theme to several passages within the letter.

He first, and most importantly, defines ‘leadership’ as about direction and motivation: a leader enables a group to identify a direction to go, and then enables and motivates the group to go that way. This is a helpful and straightforward direction which (wisely) does not limit Christian leadership to pastors and clergy, and which proves fruitful in his discussion. He works with two master metaphors: the captain of a ship, and a builder—the latter more clearly comes from 1 Corinthians, of course.

Chapters along the way explore the image of leaders, their relation to the kingdom of God, the roles of direction, wisdom, tradition, edification, motivation, and love. These are well-chosen themes which have obvious connection to the letter’s themes, and Dr Starling exploits those connections well. I was struck by his consideration of tradition, where he steers a middle course between being bound by tradition and claiming to reject all tradition (which no-one ever does, of course!), and takes very seriously the roots of the Christian faith in the apostolic tradition which Paul expounds. Chapters often end with wonderfully clear and lucid summaries.

Christian leadership according to Dr Starling is anti-competitive, not threatened by other Christian leaders. It is collaborative, working with others in building the temple of God. It is wise, reflective about how it engages in its task. It is traditioning, shaped by the inheritance of the Christian faith in the Scriptures and passing that tradition on. It is realistic about its own limited role in the leader’s own day and place—doing the will of God there and then, but leaders not thinking of themselves as finishing the job.

Dr Starling is a good writer and uses many striking phrases to make his points, such as: ‘holiness-in-mission’ (64), ‘we will need to guard ourselves assiduously against the instinctive human prejudice in favor of the beautiful and the popular’ (25), ‘The gospel, for Paul, is not just a door that you walk thought at the start of the Christian life, but a rock that you stand on for the rest of your days’ (66).

I’ve read this book with appreciation. Dr Starling is a wise and clear writer who drinks deep from good scholarship to expound these important texts in 1 Corinthians. Those already serving in Christian leadership in various forms will find his book helpfully provoking, especially if discussed with others in similar positions.