It’s 5.42 am and I’m wide awake in San Diego, so here’s my first set of notes on this year’s sessions at SBL and IBR. Friday is IBR day in my calendar, and I went to two very interesting sessions.

First, I heard the excellent J. Ross Wagner of Duke University give a limpidly clear and lucid paper on the way the letter to the Hebrews reads Psalms 8 and 40 (LXX 39). Ross explored the way that the use of Psalm 8 in the first two chapters of Hebrews, especially in 2:5-9, and showed that the argument here, although clearly citing Psalm 8 from LXX, does not hinge on a particular rendering of the Hebrew by the Old Greek  translators. Equally, he studied the use of Psalm 40 (39 LXX) in 10:5-10, and argued (I thought pretty persuasively) that here the Old Greek is being used to make a point that isn’t there, at least so clearly, in the Hebrew. Thus Heb 10:5 uses σῶμα δὲ κατηρτίσω μοι ‘a body you have prepared for me’, whereas the Hebrew is (word-for-word) ‘ears you have dug for me’, which translators generally take to mean that God has opened the Psalmist’s ears to hear.

Ross went on to reflect, in conversation with John Webster’s helpful book Holy Scripture on the way Christians today read Scripture in the light of this use, and most significantly (at least, for me) identified that the NT authors exploit the opportunity given by the presence of the Hebrew and Old Greek versions of the OT, and treat that exegetical space as a resource which they can use to find richer Christological and ecclesial meaning.

Two thoughtful responses by Robert Wall (who was, perhaps deliberately, quite provocative—helpfully) and Telford Work (who spoke of Ross babysitting his kids, presumably when they were both on the PhD programme at Duke!) produced some interesting discussion. One issue the conversation raised which merits further thought is the status of the Reformers’ decision that the Hebrew OT text should be regarded as authoritative Scripture, rather than a greater flexibility which allows the Old Greek to be also regarded as in some sense ‘canonical’. 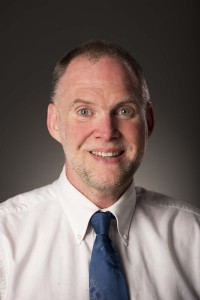 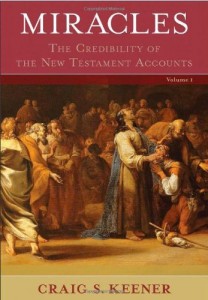 Secondly, I went to the IBR evening paper which was by Craig Keener of Asbury Theological Seminary on miracles. Among his impressive literary oeuvre, Craig has written a two-volume book on miracles, and drew on this in his argument. He was focusing on the argument from analogy known best, perhaps, from David Hume. This argument goes: we know of nothing analogical to the miracles of healing, deliverance, raising from the dead presented in the New Testament—to say nothing of the ‘nature miracles’ (such as the storm stillings and feeding miracles of the Gospels); therefore such things could not have happened. A more recent form of this argument is Bultmann’s classic claim:

We cannot use electric lights and radios and, in the event of illness, avail ourselves of modern medical and clinical means and at the same time believe in the spirit and wonder world of the New Testament.
(The New Testament and Mythology and Other Basic Writings, 3-4)

In response, Craig presented evidence, including eyewitness testimony in most cases, of modern-day healings, raisings from the dead and the like (including a relative of his own wife), and argued that this breaks down Hume’s (and Bultmann’s) argument. This was well done, and led to good discussion with Robert Webb and Darrell Bock, who responded thoughtfully, doing, as Darrell noted ‘good cop and bad cop’ (Darrell was more friendly and positive, and Bob posed some excellent provocative questions which a more traditional historical critic might ask).

Much of Craig’s evidence was from developing world contexts, and one reflection this produced (in the discussion and for me) was that the way that biblical scholarship is done in the developed world, with the philosophical inheritance of the Enlightenment, would benefit from engagement with scholars and ‘ordinary Christians’ in the developing world, where no such philosophical background exists, and where openness to a reality in which ‘there are more things in heaven and earth [Hume and Bultmann], than are dreamt of in your philosophy’ (Shakespeare, Hamlet 1.5.167-68).

This has whetted my appetite to put Craig’s two volumes, which I’ve used in working on my Acts commentary, higher up my reading list to read in full. Thanks for such a provocative and well presented argument.