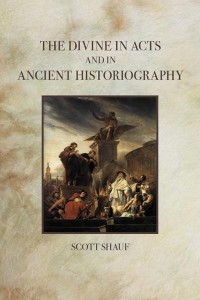 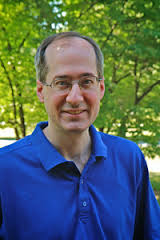 I’ve just received my copy of an interesting new book by Scott Shauf, The Divine in Acts and in Ancient Historiography (Minneapolis: Fortress, 2015)—the link I’ve given takes you to the publisher’s page, which then allows you to visit a Google preview of some of the book.

I was asked to say nice things about it for the back cover and, after reading the manuscript, was happy to do so. Here’s the publisher’s information about the book:

Scott Shauf compares the portrayal of the divine in Acts with portrayals of the divine in other ancient historiographical writings, the latter including Jewish and wider Greco-Roman historiographical traditions. The divine may be represented as a single deity (in Judaism) or many (in Greek and Roman traditions) and also includes representations of angels, God’s spirit, Jesus as a divine figure, or forces with divine status such as fate, chance, and providence. Shauf’s particular interest is in how the divine is represented as involved in history, through themes including the nature of divine retribution, the partiality or impartiality of the divine toward different sets of people, and the portrayal of divine control over seemingly purely natural and human events. Acts is shown to be engaging historiographical traditions of the author’s own day but also contributing unique historiographical perspectives. The way history is written in Acts and in the other writings is shown to be intimately tied to the understanding of the role of the divine in history.

I enjoyed reading it and think Shauf has done a good job in covering a lot of ground which informs how Acts would be read in the ancient world. Here’s my comment: